Huge thank you and shout out to JeanBookNerd and Tor for allowing me to be on this tour. I adore the A Chorus of Dragons series, so being part of this tour. Don't forget to check out the other bloggers on the tour by visiting the schedule! 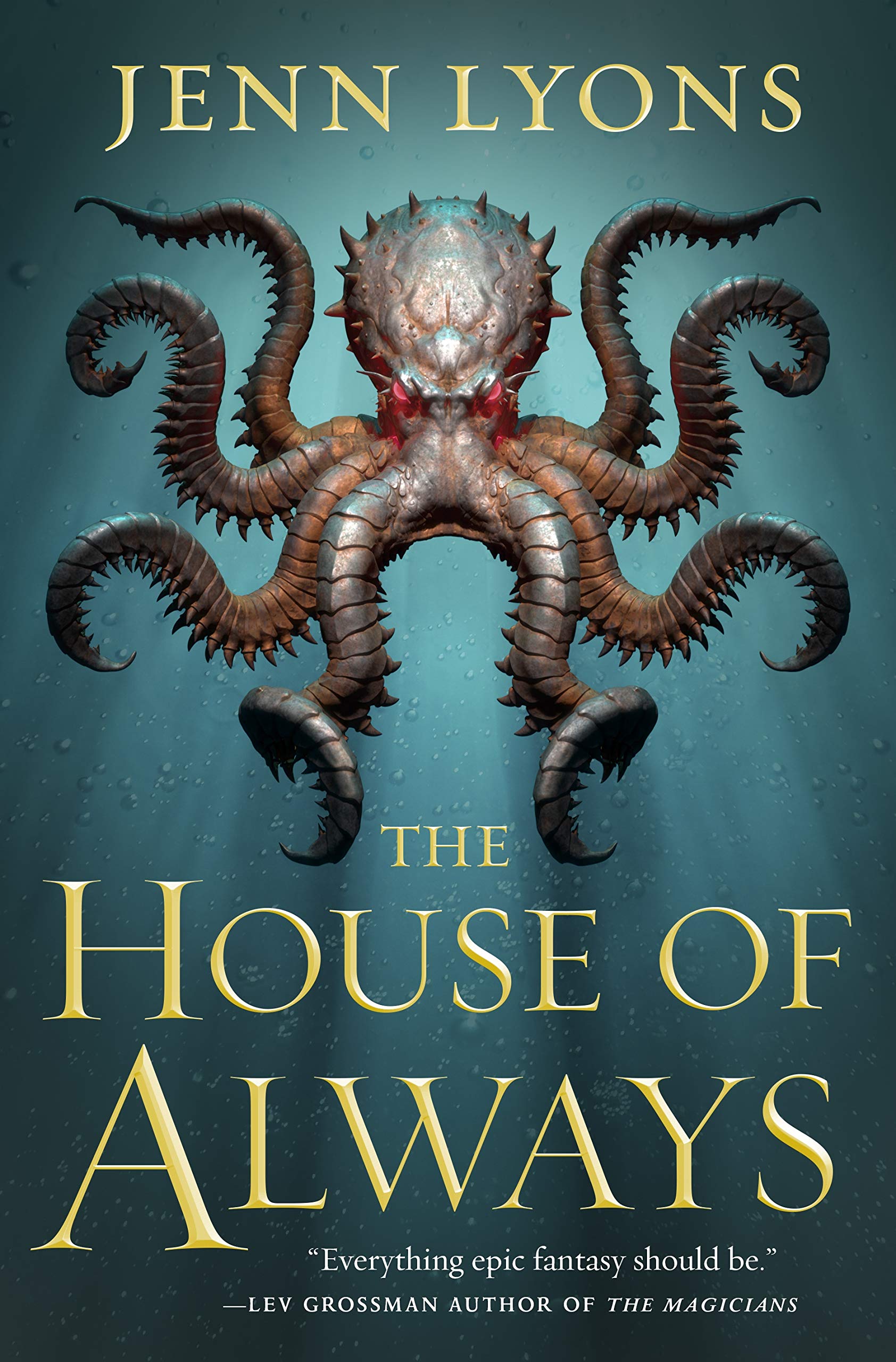 Series: A Chorus of Dragons #4

For fans of Brandon Sanderson and Patrick Rothfuss, The House of Always is the fourth epic fantasy in Jenn Lyons' Chorus of Dragons series that began with The Ruin of Kings.
What if you were imprisoned for all eternity?In the aftermath of the Ritual of Night, everything has changed.The Eight Immortals have catastrophically failed to stop Kihrin's enemies, who are moving forward with their plans to free Vol Karoth, the King of Demons. Kihrin has his own ideas about how to fight back, but even if he's willing to sacrifice everything for victory, the cost may prove too high for his allies.Now they face a choice: can they save the world while saving Kihrin, too? Or will they be forced to watch as he becomes the very evil they have all sworn to destroy

Quote(s) I Like:
"Time to contemplate how arrogant it had been to assume I could just step into Vol Karoth's prison and right all the wrongs with a finger snap. That I could fix all the mistakes when I barely understood what was wrong." - Khirin
"Magic was always the easy part. The hard part was always people." - Senera
"It turned out choices could linger like a wound, reminding a person every waking second of their consequences Choices were ghosts; they haunted." - Teraeth
"Oh no, how dare you. With the whole world at stake and thousands dying, how dare you say he's not allowed to risk his own life. I understand that you both care for him. The idea that he's in danger is painful. But you don't have the right to lock him away in a cage." - Thurvishar
"Despite what some might tell you, seductions don't require sex." - Relos Var
My Review:
I am 1000% bias when it comes Jenn Lyons and the A Chorus of Dragons series...No seriously! The books can do no wrong for me and that includes this glorious fourth installment. I am still blown away by Jenn's ability to write such interesting and complex stories that keep me captivated and baffled. All of the characters are loved by me -- even the evil ones.
WARNING
If you are NOT a fan of complex stories and magic systems, footnotes, multiple POVs and/or non-linear stories this is NOT the book for you.
TRIGGERS
This book also includes a ton of topics and things that may trigger you such as: extreme violence, explicit sex, poly romance, homophobia, references to rape, mind control, imprisonment, bullying, violent hazing, psychological abuse, grooming, body dysphoria, eating disorders and more.
In the fourth installment we begin with Khirin gone -- which breaks my heart -- and in the mind of Vol Karoth, his other, older self. The battle between them is insane from the start. The words tossed to and fro, the blows swung -- these two were so intriguing that enjoyed their scenes the most.
I enjoyed seeing the remaining gods and dragons, my honey buns Taraeth and Janel, Thurvishar, Senera, Xivan and the other characters. I found myself enjoying Qwon shockingly enough in this book though he is still a backstabber to me.
I loved the setting of being Vol Karoth mind and then going back in time through the memories of the characters and seeing how twisted and changed they all became over the course of the series. Some characters still piss me off like Relos Var -- I think I will forever hate him, but characters like Talon, Senera and Vol Karoth make me smile.
Did I mention that I love each and EVERY single dragon in this series? They talk, the interact, they attack, they express emotions -- they are REAL! I adore them all and learning about their personalities. The magic in this world will forever be a favorite. The plot twists -- especially the one with Jareth -- are always unexpected and well written.
I truly stand behind the series and will always tell people to give this a try. I can't really articulate my thoughts too well after reading this about three times, so once I can gather my complete thoughts I will do an update review!
Overall -- EPIC series Fantastic characters. Awesome world and magic. HIGHLY recommend!

Jenn Lyons’s childhood was spent in the safe havens of local libraries and bookstores, where even as her artistic talents began to develop she continued to nurture her love of science-fiction, fantasy, and noir detective stories. Being pale, not a friend of sunlight, and not much of a morning person, she set her sights on a career that would allow her to stay indoors or work at night (her favorite career pick was ‘cat burglar’) but she was devastated when she discovered that she would not, in fact, ever be able to marry Batman. Older but wiser, she turned from the life of a jewel thief to tackle a career as a graphic artist and illustrator, spending the next 20 years working in print media and advertising. A woman with too many hobbies (a list that included video games, fountain pens, table-top RPGs, LARPing, comic books, and costume design), Lyons was irresistibly drawn to making things up storytelling.
After making a dramatic shift in careers from graphic artist to video game producer, Jenn Lyons dedicated herself to writing. The Ruin of Kings and the Name of All Things, the first two books in Lyons’s five-book debut epic fantasy series from Tor Books, A Chorus of Dragons, are available now. The third book in the series, the Memory of Souls, arrives August 2020.
Jenn Lyons lives in Atlanta, Georgia, with her husband, Michael Lyons (who is also a writer — and may or may not be Batman), a bunch of cats, and a whole lot of tea.
Website | Instagram | Twitter | Goodreads | Facebook
Giveaway
- Giveaway is open to International
- Must be 13+ to Enter
- 3 Winners will receive a Copy of THE HOUSE OF ALWAYS by Jenn Lyons.
- 1 Winner will receive THE HOUSE OF ALWAYS Storytellers BOX.
- Ends May 31, 2021
a Rafflecopter giveaway
Will you join Khirin and his friends on their journey?!
6 Hearts Adult Blog Tour Epic Fantasy Favorite