Welcome everyone to my tour spot for The Unbroken. I want to thank both Caffeine Book Tours and Orbit for sending me a copy for the tour!
Check out the launch post for a list of other bloggers on this tour. 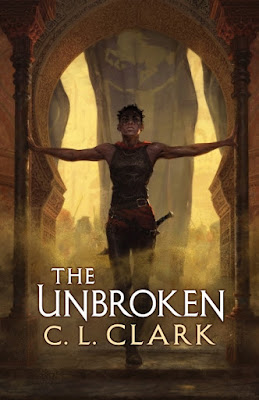 Series: Magic of the Lost


Touraine is a soldier. Stolen as a child and raised to kill and die for the empire, her only loyalty is to her fellow conscripts. But now, her company has been sent back to her homeland to stop a rebellion, and the ties of blood may be stronger than she thought.

Luca needs a turncoat. Someone desperate enough to tiptoe the bayonet’s edge between treason and orders. Someone who can sway the rebels toward peace, while Luca focuses on what really matters: getting her uncle off her throne.

Through assassinations and massacres, in bedrooms and war rooms, Touraine and Luca will haggle over the price of a nation. But some things aren’t for sale.

Quote(s) I Like:
"A ruler who doesn't see their city is a ruler who won't see the knife plunge into their back." - Princess Luca
"And you couldn't own anything if you were owned." - Touraine
"You can't expect to erase the pain of decades with a few gifts." - Gil
"Then why is it always us first? The first to fight, the first to die?...It's not a matter of let. They never chose this. They're not getting rewarded for valor with ribbons and raises. We just die, and when we die, we're not even worth the wood to burn us." - Touraine
"The correct application of a tool results in its efficiency, avoiding waste." - Princess Luca
"Faith has no border." - The Rebels.
"And rebellions begin when the status quo fails to provide for its people." - Princess Luca
Reading Vlog
My Thoughts:
I was excited to read this novel. As a fantasy lover I was ready for another own voices fantasy with a fantastic cast of black characters. I wanted to love everything about this, but I could only give this a four star rating. I think for the first in a series () this is a solid start. I went into it thinking it was going to be filled with romance especially from how the synopsis says:

Through assassinations and massacres, in bedrooms and war rooms, Touraine and Luca will haggle over the price of a nation.

But there was hardly any romance, just inklings. This was a military fantasy that felt more coming-of-age to me than anything else. The writing was great, the cast of characters well rounded and the action was there.
Touraine is a solider who was taken from her home at a very young age so she has no remembrance of her culture, people or her family. She was taken and raised by the people of Balladaire, they treat her like a chained dog. It's not until she returns to her land that life begins to change for the better.
I think Touraine aka Tour was an interesting character. She was raised by the enemy of her people and has no ties until she steps foot on her land. I enjoyed seeing her struggle between who she really is and who she tried to be.
She frustrated me at times as she began to make impulsive and stupid decisions too often, but being stuck between two worlds can mess up a person thought processing and idea of good and evil. I think she was well written.
I enjoyed Princess Luca. A 28 year old crippled princess seeking to get what's rightfully hers -- the crown. I think Luca was just as impulsive as Tour. She frustrated me with how naïve she acted. I loved her ideals of peace, but they were just that. I enjoyed seeing her learn how her people truly treated the Sands and the Qazali people.
Beau-Sang was absolutely annoying to me. He was a low-down dog. Rogan as well was a disgusting man. Cantic just seemed to be a lost soul to me. I adored the Jackal and finding out who she was. Jaghotai was a straight savage! I think both Djasha and Aranen made my heart swoon. Tibeau and Pru seemed like great people as well for Tour.
The cast of characters was amazing honestly. I cried for many and wanted to slap a few of them.
The magic of the world is somewhat lost and we get to see a bit of it towards the end. I am looking forward to really seeing it in action in the coming novels. As well as more of the world.
I look forward to the sequel and all it will bring.
About the Author: 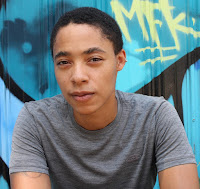 Cherae has been a personal trainer, an English teacher, and an editor, and is some combination thereof as she travels the world. When she’s not writing or working, she’s learning languages or reading about war and post-colonial history. Her short fiction has appeared in Beneath Ceaseless Skies, FIYAH, PodCastle and Uncanny. The Unbroken is her debut novel.
Goodreads | Twitter | Blog
Tour Schedule:
March 29

Sophie and Their Stories


Do you plan to give this fantasy debut a try?!
4 Hearts Adult Blog Tour Epic Fantasy