Magic, a brutal world and some amazing male protagonists. Check out my review of The Electric Heir to see what I thought! 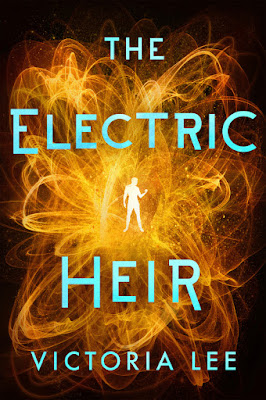 
In the sequel to The Fever King, Noam Álvaro seeks to end tyranny before he becomes a tyrant himself.Six months after Noam Álvaro helped overthrow the despotic government of Carolinia, the Atlantians have gained citizenship, and Lehrer is chancellor. But despite Lehrer’s image as a progressive humanitarian leader, Noam has finally remembered the truth that Lehrer forced him to forget—that Lehrer is responsible for the deadly magic infection that ravaged Carolinia.Now that Noam remembers the full extent of Lehrer’s crimes, he’s determined to use his influence with Lehrer to bring him down for good. If Lehrer realizes Noam has evaded his control—and that Noam is plotting against him—Noam’s dead. So he must keep playing the role of Lehrer’s protégé until he can steal enough vaccine to stop the virus.Meanwhile Dara Shirazi returns to Carolinia, his magic stripped by the same vaccine that saved his life. But Dara’s attempts to ally himself with Noam prove that their methods for defeating Lehrer are violently misaligned. Dara fears Noam has only gotten himself more deeply entangled in Lehrer’s web. Sooner or later, playing double agent might cost Noam his life.

Quote(s) I Like:
"Everything that happened now Noam had chosen. He had no one to blame but himself."

"The boy in this mirror was steel and frost and a bloodied knife."

My Thoughts:
This was just as a great as the first book! Victoria Lee has definitely become an author that I need to read more of. Her characters, world and action is just outstanding. She wrote a pretty good conclusion to the Feverwake duology. An action packed fantasy where loyalties are tested and some hearts destroyed. I loved the setting as well. I'm a city girl but NC has a place in my heart!!

We are back with Noam and his crazy ways. I feel like he grew a bit more in this book, but still had some major things to deal with. He's still a jerk, but he also becomes a bit more vulnerable. He and Dara are like polar opposites, but somehow it works!!!

I loved that this book hit on topics we mostly avoid in society. Sexual abuse is a real thing with real consequences and results for those involved. I loved that Victoria didn't shy away from it, but added it to a fantastic fantasy with some well-rounded characters.

Overall, I loved this book and definitely can see me re-reading the duology over sometime in the summer. 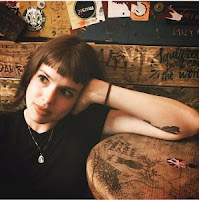 Victoria Lee grew up in Durham, North Carolina, where she spent twelve ascetic years as a vegetarian before discovering spicy chicken wings are, in fact, a delicacy. She’s been a state finalist competitive pianist, a hitchhiker, a pizza connoisseur, an EMT, an expat in China and Sweden, and a science doctoral student. She’s also a bit of a snob about fancy whisky.

Victoria writes early in the morning, then spends the rest of the day trying to impress her border collie puppy and make her experiments work.

She is represented by Holly Root and Taylor Haggerty at Root Literary.

Thank you to Fantastic Flying Book Club for having me on board this tour!
4 Hearts Blog Tour Book Review Fantasy Giveaway LGBT Young Adult