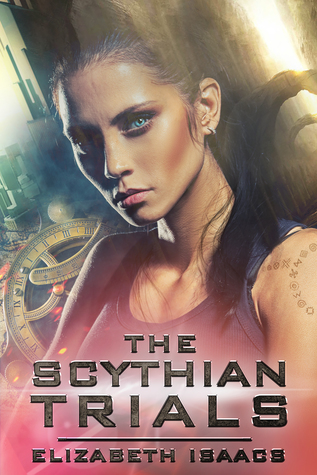 
Descendants of the Amazons, the Scythians work alongside prominent governments but answer to no one. Warriors living on the fringe of civilization, they live by one credo: Strength through Equality. Power through Knowledge.

Nya Thalestris is the brightest Scythian of her generation. Strong, capable, ruthless, she is sure to earn a spot in the Trials, a time-honored mating ritual responsible for the evolution of her species.

Abducted by their sworn enemy, the Drahzda, Nya is forever altered and spirals out of control. The Society sends in Jax Nickius. Infamous psychologist and one of the most brutal warriors of their kind, he discovers triggers planted in Nya’s mind. As Nya solidifies her spot in the Trials, Jax develops a plan to help—while pursuing her as a mate. But, Nya’s attraction to Jax is at war with her instinct to never let anyone get too close.

During the Trials, Nya’s repressed memories surface, revealing a new enemy—one from inside the consulate walls—and a traitorous alliance on the horizon that could irrevocably change the course of history.

Since before the Bronze Age, the Society has managed to safeguard humanity from itself … until now.

"The Scythian Trials crackles with life, hums with heart, and pounds with action for one hell of a read." ―San Francisco Book Review

"If you loved the Hunger Games and Divergent and just all around kicka$$ characters with an amazing storyline then you will love this." ―Books With Jess

My Thoughts:
I totally enjoyed everything about this book! Oh my, this was amazing! I enjoyed it from start to finish. An action packed romance and all about Amazons. Kick ass and comical heroine paired with a sweet, intense hero -- such an epic pair.

Nya Thalestris is a bold, sarcastic, violent woman. I loved her crazy outburst! She gave me so much laughter. Despite the hardships she faced as a kid and the way she shut down as an adult, she managed to get through. Even when her past came to light and she had to confront the evil doings of the people she loved she came out strong. Nya was the perfect balance of a character struggling within themselves and dealing with struggles around them.

Jax Nickius is the PERFECT man! I mean he was kickass, caring, knew how to speak, a warrior and just well rounded. I loved his deamonr outstide of being a therapist for Nya. He was always there to say something quirky to get her to open up. Jax was a strong in how he held back his own desires. I respected him for never pushing buttons and always knowing the limits and bounds with Nya.

The romance was such a slow-burn that I almost died. I mean Nya had to go through the Trials to pick her mate so she had to mingle with several men -- Killian, Luc, Tor, Aren and so many others -- and though she had cute moments with each of them I was team Jax all the way! The romance was definitely there from the start, but it was denied because Nya didn't want to admit and Jax couldn't because of his role as her therapist. However, things totally changed when the Trials came about and I was excited. Jax and Nya compliment one another as equals. There was hardly ever any kissing -- maybe 2 or 3 scenes and those kisses made me melt. I was excited for that ending!! Oh my, I was happy!

Ike and Gia were interesting parents to Nya. I'm not sure how I really feel about them with all that went on. I wish that there was more discussed between them and Nya. Ike was an ignorant man as a father. Gia was a lost woman as a mother. However, despite their insane mistakes they truly loved Nya. I just wished things turned out differently for them as parents and as husband and wife. They deserved more time.

Penn was a complete psycho-path. No seriously. He was sadistic. I don't get how such a sweet boy turned out to be such a horrifying man. I don't know if he was like that from birth, but I just didn't care for him at all. The evil he did can never be forgiven. He reminded me of a lovesick puppy, but always messed up and scratched his master for attention.

Alexandra was a scorned woman and a terrible god-mother. The things she did and allowed to happen because of a broken heart was insane. She was a prime example of love making people do crazy things. I didn't like her at all from the beginning, but as the story progressed and things fell into place I understood why I didn't care for her.

Xari was the BEST friend a girl could ask for. She always there when Nya needed a friend and she did her thing at the end with Alexandra! I loved her from start to finish. Killian was such a sweet guy and I felt bad for him in that epilogue.

With just so much betrayal, secrets and heartache going on this book, I had to keep on reading. This was definitely a fantastic read and highly recommend it! It's well worth the read. 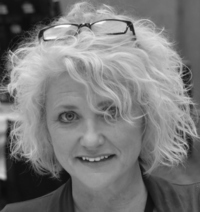 Elizabeth Isaacs is an author, teacher, and publishing professional who began her career as a national presenter for Resource Profiles, where she developed teacher seminars designed to foster creative brain stimulation. Moving into formal education, she helped at-risk students improve their writing skills as well as created and implemented a creative writing/blogging program that centered on teaching the 21st-century learner. Works stemming from this initiative were published online and seen in over 40 countries.

Her newest work, The Scythian Trials, is slated for release in 2018.